In a special sudden address to the nation Indian Prime Minister Narendra Modi announced demonetisation of Rs 500 and Rs 1,000 notes with effect from post-midnight on 8 November, 2016, making these notes invalid in a major assault on black money, fake notes and corruption.

The prime minister said that this was done 'in a grand sacrifice to cleanse the country like you cleanse your surroundings', the government has decided to make Rs 500 and Rs 1000 notes no more legal tender post-midnight tonight. So these notes are pieces of paper now for which you are passionate. 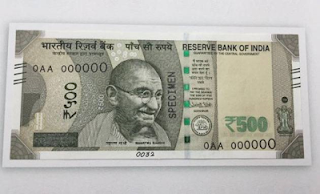 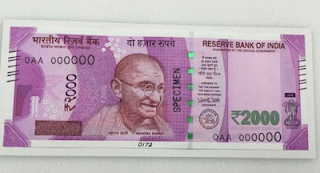 Meanwhile, the scarcity of Rs 2000 notes has been finally solved. PM Modi informed the nation that within few weeks, new currency notes of Rs 500 and Rs 2000 denominations would be introduced, which will replace previous bank notes.All banks and ATMs would be closed tomorrow, as the authorities would be re-fueling smaller denominations and the new currency notes of Rs 500 and probably Rs 2000 as well.

As the government made a surprise announcement of making Rs 1,000 and Rs 500 bank notes illegal from midnight, the monetary authority posted a detailed FAQs explaining the rationale behind the move.

The Reserve Bank of India said the most important reason for the ban was the absurd rising of fake currencies to higher denomination, and also the higher incidence of black money in the system, but assured the public that a person could changed his higher value cash with exactly the equal amount in lower denominations.

"You will get value for the entire volume of notes tendered at the bank branches/RBI offices," the central bank ensured the public. But it was quick to add that there will be caps on the cash one can tender.

"One will get up to Rs 4,000 in cash irrespective of the size of tender and anything over and above that will be receivable by way of credit to bank account," the RBI said with mention that one cannot get the entire amount in cash as the scheme of withdrawal of old high denomination notes does not provide for it, given its objectives

"   The fake notes are used for anti-national and illegal activities. High denomination notes have been misused by terrorists and for hoarding black money. We as a nation remain a cash-based economy, hence the circulation of fake rupees continues to be a menace. To contain the rising incidence of fake notes and black money, the scheme to withdraw high-denomination notes has been introduced," RBI said.

Illustrating the importance of the scheme, the RBI said the legal tender character of the notes in denominations of Rs 500 and Rs 1,000 stands withdrawn. In consequence, the withdrawn old high denomination notes cannot be used for transacting business and/or store of value for future usage.

For those who need higher amount of cash over and above the permitted Rs 4,000, RBI said one can use balances in bank accounts to pay for other requirements by cheque or through electronic means such as online banking, mobile wallets, IMPS, credit/debit cards etc.

For those without any bank account, RBI said they can open an account with necessary KYV documents.

A person having no personal account can avail of this exchange facility via a relative/friend's account with written permission. But while exchanging, one should provide the evidence of permission given by the account holder and own valid identity proof.


The exchange can also be done through a third party by a written authorization letter with the bearer, who should have identity proof.

On withdrawals/exchanges through ATMs, the RBI said banks will take time to recalibrate the ATMs. Once the ATMs are functional, one can withdraw upto a Rs 2,000 per card per day up to 18 November. The limit will be raised to Rs 4,000 onwards

Even cash withdrawal through cheque/withdrawal slips is subject to a ceiling of Rs 10,000 in a day within an overall limit of Rs 20,000 in a week (including withdrawals from ATMs) for the first fortnight-up to 24 November.

1    But electronic transactions (NEFT/RTGS/IMPS/ online banking/mobile banking etc) can be run with no limits.

1    The scheme will be closed on 30 December, 2016 until then one can exchange the banned notes at the branches of commercial banks, regional rural banks, urban cooperative banks, state cooperative banks and special RBI counters. And a limited opportunity will be offered to the person who failed to grab the previous chance at specified offices of the RBI, along with necessary documentation as may be specified by the central bank.

1     Those who are outside the country could have their exchanges by authorising in writing another person in the country to deposit the notes into your bank account with the authority letter and identity proof such as Aadhaar card, driving licence, voter ID card, passport, NREGA card, PAN card etc.

1   Even NRIs can also deposit the banned notes to NRO account. A visiting foreigner can purchase Foreign equivalent to Rs 5,000 using these illegal notes at airport exchange counters within 72 hours after the notification.

PM Modi expressed confidence in bank staffs and post office staffs who rise to the occasion, and ensure smooth transition to all.
Meanwhile, RBI has decided to launch a control room for any sort of confusion. This helpline would be based in Mumbai, and can be accessed at 022 22602201, 22602944 (effective 8 AM, November 9th)


The role Real Estate Developer in Pune, we Kushal Landmarks stand by this absolutely great decision taken by the government of India to fight against the corruption and to curb the usage of black money for ill purposes. We request everyone to show their support towards our nation & for a better India. By supporting this decision you not only support government indirectly support you.
Posted by Unknown at 02:05